The Print Series "Los Caprichos" by The Artist Francisco Goya! 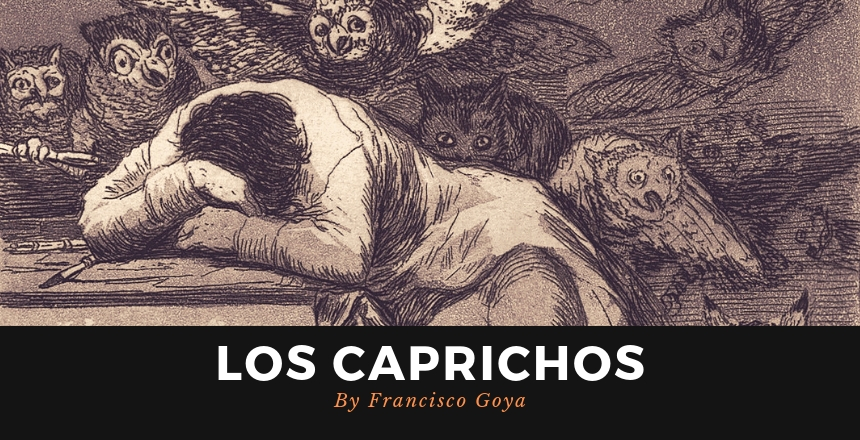 The first edition of the Caprichos was published on the 6th of February 1799, and put on sale the same day in a liquor and perfume shop in Calle Desengaño, in Madrid. In the Diario de Madrid, Goya made clear that the Caprichos are a work of pure fantasy, and that all the narrated characters, places, events, and facts are fruit of his imagination and pure artistic expression. Since 1799, 12 editions of Los Caprichos have been created and published. The second edition was made at the Calcografia Nacional for the Real Academia, in Madrid. The edition must have been very small, and exact number is unknown. 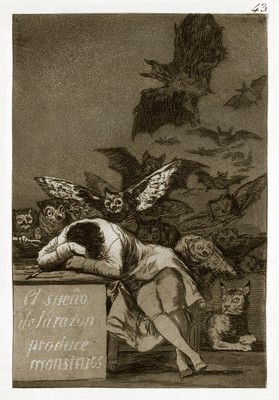 The third edition was made by the Calcografia Nacional as well, and the complete set is made up of 80 original etchings with burnished aquatints, drypoints, and engravings on woven paper, and was published in 1868. This edition is very well-printed on a strong absorbent paper that is similar to that of the second edition. All the sheets are numbered on the upper part and titled on the lower central margin. The sheets are bound along the left edge, in yellow pasteboard covers on which 'Caprichos de Goya-Coleccion de ochenta estampas grabadas al agua fuerte con aguadas de resina por el mismo' is printed. The sheets measure 310 x 230 mm; a dark umber ink was used for the whole series. 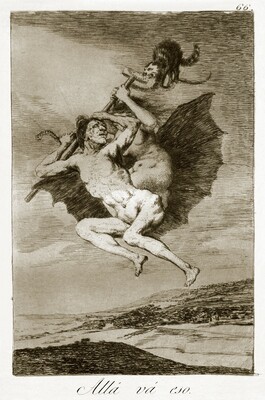 The fourth edition is a very limited edition of prints, only 65, published in 1878 ca. by the Calcografia Nacional. This edition again presents the same paper, ink, and cover as those of the third edition. The number of prints of the fifth edition (published between 1881 and 1886) increased from the previous editions. Similarly to the previous edition, these plates are beveled. In this edition, the waring of the plates is slowly manifesting, and no attempt has been made yet to conceal it through trick printing. 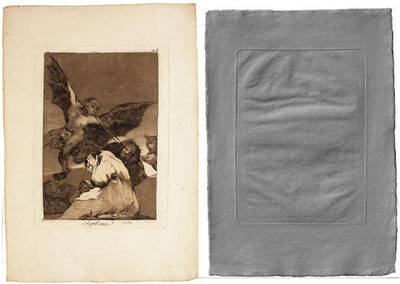 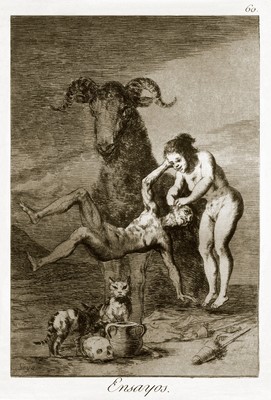 Made at the Calcografia Nacional from 1908 to 1912, the ninth edition is remarkably well-printed and is identifiable for its paper. The tenth edition is printed onto heavy laid paper with the watermark "Jose Guarro" and a portrait of Goya wearing a hat. The eleventh edition consists of a limited set of 100 sheets, and each sheet, of two different types of paper, measured 340 x 255 mm. The last edition was realized by Ruperez at the Calcografia for the Ministerio de Instruccion Publica in 1937, during the Spanish Civil War. 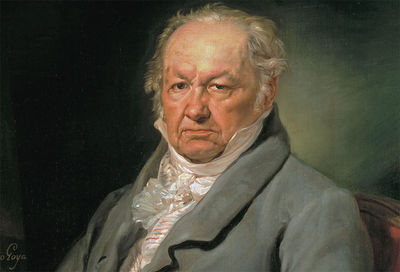 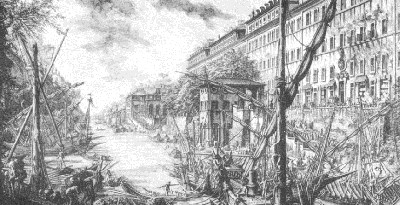 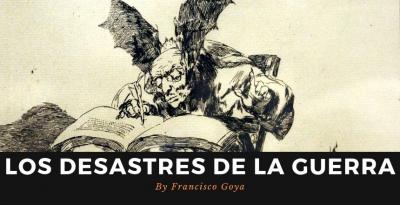