Roy Lichtenstein: That’s The Way – It Should Have Begun! But It’s Hopeless! 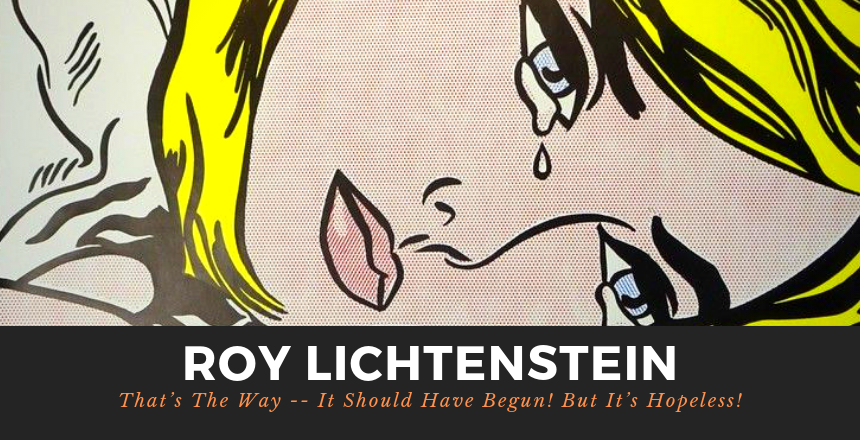 That’s The Way – It Should Have Begun! But It’s Hopeless! is a work of art made in 1968 by Roy Lichtenstein. It belongs to the artistic movement called Pop art, which appeared in the USA at the beginning of the 1960s. Despite its many different characteristics, Pop art always presents banal subject matter, drawn from urban America, and is unemotional. The techniques used to produce artworks are the same as those of mass visual culture.

That’s The Way – It Should Have Begun! But It’s Hopeless! is an emblematic work of art, which contains all the major themes of Pop art. It is a single vertical panel of a comic strip. In the foreground, there is a blond woman lying on the bed and hopelessly crying. Her eyes are looking nowhere sorrowful. The title of the artwork corresponds to the text in the cloud of what she is thinking. Every shape in the picture presents thick black contour lines and is filled with colored dots.

This work of art is important for the concepts of appropriation and replication. The artist appropriated himself of this already-existing comic panel, deleting the brand name, and replicated it in his artwork. Nevertheless, he did not merely copy an image automatically. His process of replication was much more complex than that. After choosing a comic panel, he would sketch it and project the sketch (not the comic) on the canvas with an opaque projector. Then he would trace the image, which he would firstly fill with stenciled dots and secondly contour with thick black lines, using oil paint. Therefore, mechanical image reproduction was not his intention. He rather precisely recomposed and repositioned the appropriated image.

The Outcome Of Replicating Art

The result of the replicating process is flat and unemotional. The image is taken out of its original context, and any interpretation or understanding is impossible. This coldness of expression also aims at contrasting the deep emotionality and spirituality of Abstract Expressionism. The sentence “That’s The Way – It Should Have Begun! But It’s Hopeless!” expresses emotion and sympathy, but at the same time the artwork lacks all of it. In a way, the artist challenges the concept of emotional art.

Nevertheless, Lichtenstein’s artworks and Abstract Expressionist artworks do not always oppose. They both are for beholders who experience the world through their eyes in a flash, immediately. Furthermore, both boast the unique signature styles of their artists. Lichtenstein’s signature dots made his art unique and immediately recognizable. They were inspired by Benjamin Day’s printed images, and make his paintings appear as if they were mechanically reproduced. In this way, the artist questions the issue of authorship in his time by both showing and hiding himself inside the work of art.

The comic scene and the work of art are so similar that we cannot tell which the original is and which the copy is. Art acquires the purpose of replicating the reality of banal everyday life, just like an industrial machine does. Artworks are usually the original pieces that are industrially or digitally reproduced. Lichtenstein turns the industrially produced object into the authentic original piece, because he copies from it. Instead, the fine art painting becomes the reproduction of that industrial object. Art becomes the machine, and the machine becomes art. 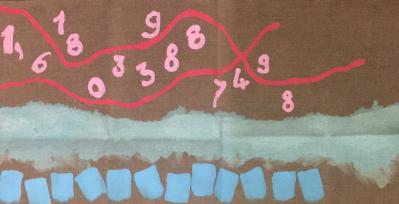 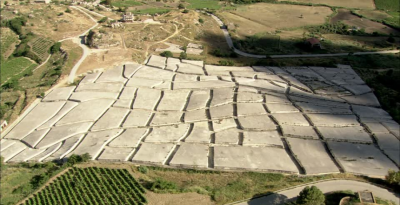 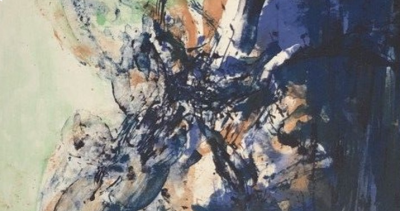 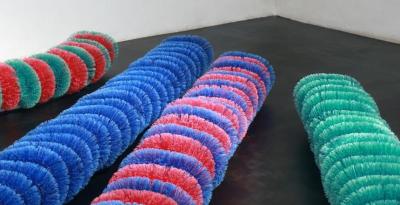