Why Has Italy Been The Centre Of The Contemporary Design Scene Since The 20th Century? 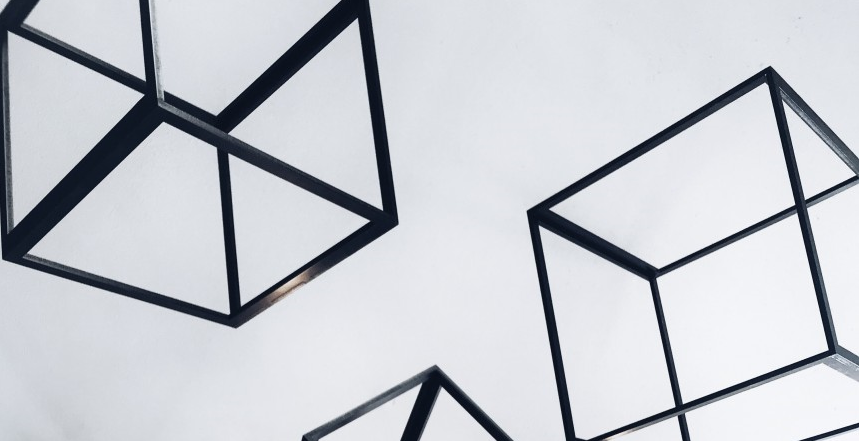 “A good project does not stem from any aspiration of leaving a mark, but from the desire to set up a dialogue, albeit a small one, with the stranger who is to use the object you designed“– Achille Castiglioni.

Italian design is a byword for quality, culture and ingenuity and is often associated with the Made in Italy label. Its originality and unique characteristics have given rise to veritable creative workshop in this country. Together with research and creativity, this has enabled Italy to achieve an undisputed level of excellence envied by one and all.

But how come Italy became the cradle of 20th Century design?

The answer lies in artistic creativity, experimentation, craftsmanship, and industrial innovation – just some of the elements that came together to launch a season of Italian design, introducing figures such as Gio Ponti, Franco Albini, Paolo Cappello, Leonardo Ricci, Stoppino, Carlo Mollino to the general public, and culminating more recently in a series of joint productions between Italian and foreign designers under the Made in Italy label.

Genius and technique came together then to create objects that came to symbolize a whole era and forever changed our way of seeing things – objects which each one of us has come across (and desired) at least once in their lifetime.

To talk about Italian design means to speak of the innate sense of beauty that has always set us apart from the rest of the world.

Some of the most significant examples in the history of Italian design are the result of meticulous research, planning and experimentation, often stemming from close collaboration between Italian designers and design companies such as Cassina, Venini, FontanaArte, Artemide, Calligaris and Poliarte.

When talking about design, it is impossible not to mention one of its principal exponents, Gio Ponti, a man who ranks among the founding fathers of Made-in-Italy design. A source of inspiration to architects and designers, Ponti was responsible for reinventing the look of Italian interiors. His enormous production ranges from major architectural projects to furniture and furnishings, lamps, pottery and table ornaments.

A place of honour must go to the creative genius of Italy’s dominant figure in design and the decorative arts, Piero Fornasetti: a painter, sculptor, designer and interior decorator, he has an extraordinary gift for injecting art into everyday products, from wallpaper and furnishings to textile designs. Unforgettable are his famous sets of tableware. His ceramic plates are highly sought after by collectors, and no Italian should be without them on his or her table.

The Fifties and Sixties were Italy’s Economic Miracle years, and the period’s appeal can be felt to this day in a range of vintage and retro design items.

No history of Italian design would be complete without mention of masterpieces such as the Medea chairs designed by Vittorio Nobili for Fratelli Tagliabue. Produced from the 1950s onwards, they immediately became a symbol of Italian design. Also in the Made-in-Italy Pantheon are Gaetano Pesce’s “UP1″ armchairs, icons of the Seventies-style that revolutionized the concept of interiors. Special mention must also be made of the Sacco Armchair, designed in 1968 for Zanotta by Franco Teodoro, Cesare Paolini and Piero Gatti, and of the famous Lady Arflex armchair by Marco Zanuso. But the list could go on forever.

In the 1980s, with Italian design now internationally acclaimed, Ettore Sottsass stepped onto the scene.

The hallmarks of this eclectic designer are experimentation, innovation, transcending the limits imposed by industry, and the search for new forms. All this led to the arrival of a series of cult objects like his Valigia Table Lamp and his beautiful tables, inspired by the Aeolian Islands.

And how could one forget the objects that have contributed to making design history and have become fundamental elements in the home, objects capable of changing one’s very perception of spaces? We are talking about the lamps which have become a source of inspiration and a landmark in the popular imagination. Leading designers in the lighting sector such as Achille and Pier Giacomo Castiglioni, Michele De Lucchi, Vico Magistretti, Giancarlo Mattioli and Claudio Salocchi worked alsongside some of this country’s top industrial companies to create lighting solutions that have become classics.

Lamps, armchairs, chairs, home furnishings – Italy’s historic design style is a combination of beauty and functionality. It remains a source of inspiration to this day.

The immortal objects created by Italy’s greatest designers are now indisputably icons of style and are in greater demand than ever. 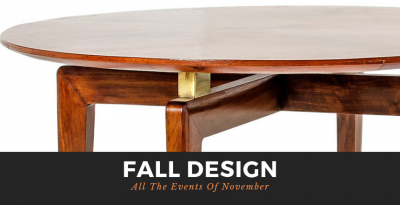 Fall Design: All The Events Of November!