Cacciaguida Sees Dante's Exile in God  from the Series "The Divine Comedy" by Dante Alighieri is an original woodcut print by Salvador Dalì, realized in 1963.

Collect a very beautiful artwork of XX century and discover more on Wallector.com!

Cacciaguida Sees Dante's Exile in God, from the Series "The Divine Comedy" by Dante Alighieri, is an original woodcut print by  Salvador Dalì , realized in 1963.

Good conditions. Not signed, as issued.

Plate n.17 (as reported on the back of the artwork)  that depicts a scene from Paradise.

Includes authenticity certificate form Unione Editoriale. This print was part of a volume numbered n. 982 from a limited edition of 2900, as reported on certificate.

Between 1951 and 1960,  Dali  was invited by the Italian government to commemorate the birth of Dante Alighieri, Italy’s most famous poet, by producing a series of illustrations for a full-text Deluxe edition of Dante’s masterpiece, the Divine Comedy. Howewar In 1958, a new government was elected in Italy, which objected to the idea of entrusting the illustration of the Divine Comedy to a foreign artist. As a result, he decided to offer the project to the French publisher, Joseph Forêt and the publication was completed the 23rd of November 1963.

Dalí had painted 100 watercolors in preparation for the publication of “The Divine Comedy.” These watercolors explored the many myths and elements of this magnificent work of literature by the great Dante Alighieri. These drawings are then reproduced using a wood engraving technique.

Collect a very beautiful artwork of XX century and discover more on Wallector.com! 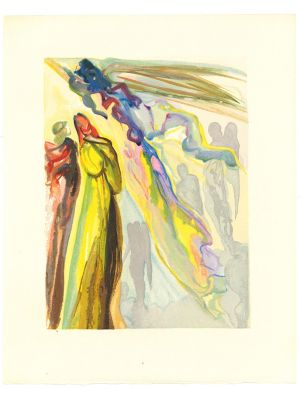 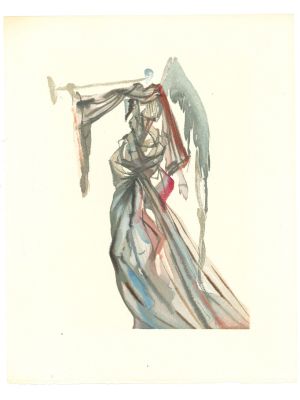 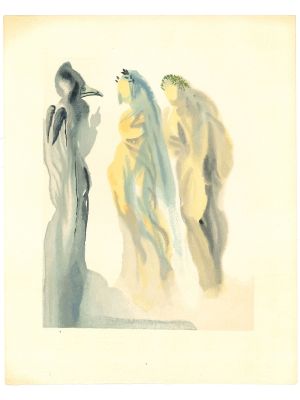 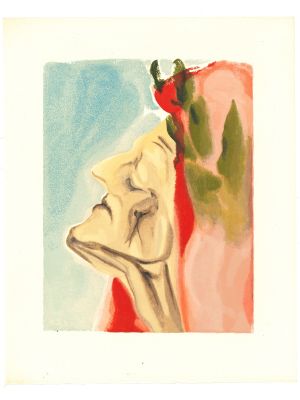